11 Now on his way to Jerusalem, Jesus traveled along the border between Samaria and Galilee. 12 As he was going into a village, ten men who had leprosy[a] met him. They stood at a distance 13 and called out in a loud voice, “Jesus, Master, have pity on us!” 14 When he saw them, he said, “Go, show yourselves to the priests.” And as they went, they were cleansed.
15 One of them, when he saw he was healed, came back, praising God in a loud voice. 16 He threw himself at Jesus’ feet and thanked him—and he was a Samaritan. 17 Jesus asked, “Were not all ten cleansed? Where are the other nine? 18 Has no one returned to give praise to God except this foreigner?”

Leprous people were outcasts. They were not allowed to freely mix with others because the disease was contagious. It is said that even when they used a certain route they had to shout ‘’leprous! leprous! to warn anyone who might have been using that route that someone with leprosy was approaching so that he/she may take cover.

They were considered as unclean and outcasts.

That is why in verse 12, they stood at a distance and called out in a loud voice. Jesus ‘’did not heal them’’, he told them to go and show themselves to the priests. One thing that spoke to my heart is the manner of obedience and total trust in Jesus that was displayed by these ten lepers. Jesus had not said he had healed them but rather gave them instructions to go and show themselves to the priests. One would have expected them to engage the lord in a dialogue about their request but the bible records they just went. They obeyed the instruction without question or delay.

It is important to note that healing did not take place instantly. It happened as they went. As they kept going, the miracle of healing started happening. Sometimes we wait for things or time to be right before we make a move. The challenge to us this morning is that as we move, the lord will align whatever requires to be aligned to help us fulfill God’s purposes. God will make a way where there seems to be no way as we continue moving.

The ten men shouted for help in their weakness (they were considered as rejects, underprivileged and helpless). As they went, God’s strength was manifested in their weakness and they received total healing. Do not give up even when you feel weak. As you continue writing for God’s glory, he will manifest his strength in your weakness.

Finally, after Gods grants us victory and we author books that impact the world, let us emulate the one leper who returned to give thanks to the lord.

Let us say like the psalmist in Psalms 115 verse 1 ‘’Not to us lord, not to us but to your name be the glory. The key verse to remember verse 14’’ and as they went, they were cleansed.
Let’s keep going and as we do so, God will show himself strong on our behalf. 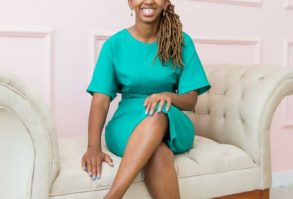 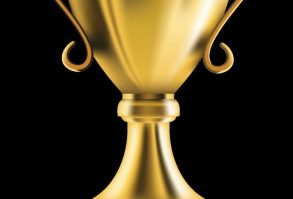