I had been in Bible school for over two years and loving it. I think I had even made it to be an assistant class representative at this point, which was a shock to me because I felt least qualified. I was coming from a relationship that had left me hurting more than I thought I could handle. I was making peace with it and God promised me a great compensation for a husband but I had so much baggage to let go of.

I made this prayer – that no man should find me unless he was the one God had appointed as a compensation for me. I had several close friends, Hellen Luvindi, Donald Olewe, and Patrick Omukhango. They held me accountable on many fronts – they did a good job! So this was my idea of this compensation – tall, well built (I am an equally big bodied girl), deep voice (to command my strong-willed self) and well-monied. Don’t judge, a girl had suffered enough!

I went to one of my then pastors Dolly Odhiambo and told her of a gentleman I had thought fitted my (carnal) description. Dolly is high spirited and funny. She told me to forget that one, he was actually getting engaged. Aaaah! I was so discouraged. When I looked around my then church community, I did not see any other person who could fit my bill. Or so I thought. I wanted to be a business woman, and make loads of money (to fund the Kingdom) so I needed a successful business man with whom we could build an empire. I knew Christian Literature Communications – CLC Kenya was not the place for one to make that kind of money, we work there because we are called of God. It’s not the place to get rich.

So our then boss Edith Wamalwa went for maternity leave and left Patrick in charge for the period. Patrick is this soft spoken, humble but spiritually mature Christian. He lived (still lives) such a simple and quiet life. I was praying with him concerning his wife. She needed to be an equally soft spoken and petite girl to fit his personality and stature. So I would suggest names of girls from church for him to pray about. Little did I know that 5 months before this date, God had already spoken a name to him. He had not shared with me yet! We used to walk from CLC Kenya at Valley Arcade back then to Kawangware for Patrick and 102 road for me. We talked, prophesied to each other and made lots of jokes. We were great friends.

One Sunday on 18th April 2010, after church service, my then senior pastor Niyi Morakinyo called me and told me that before the end of the week, God would speak to me about marriage. I laughed so hard, it seems silly now. I guess I was hurting so much and given up on marriage. I kept this prophesy/conversation with my pastor to myself. On Tuesday 20th 2010 while walking home, Patrick told me that the Holy Spirit had an important message for me so I be keen to listen. We used to do that all the time – we were in a very highly prophetic environment.

That night, I had a dream that I was in a military camp and my husband had come to pick me after completing my course. When I got to the gate, there was Patrick waiting for me (the dream continued, story for another day). I woke up and rebuked Satan for (wanting) to pollute my genuine friendship with Patrick. Then I prepared and went to work. After staff devotions at CLC Kenya, Patrick called me to Edith’s office and asked me if God had spoken to me on anything. I said no, because I was not going to share the weird dream I had. Anyway, he went ahead and told me that God had shown him that I was to be his wife. I was so disappointed. Meeen! We earned the same allowance; actually, I made more than him because I had my side hussles. He did not fit the bill. I asked him for a few days to pray and get clarity.

I walked from Valley Arcade to Yaya, just praying. I was like, really God? That was not the agreement. I met Sylvia Omondi on the way, her house was near Hurlingham and her office was near Yaya. I told her, Sylvia, give me a word from God. She instantly told me, God is saying He has shown you the way, whether to say yes or no, it’s up to you. Weh! Yani prophetic friends – this girl was (still is) on fire for God. We parted ways and I continued my walk – to town CBD if that’s how long it would take to get clarity. So I called Hellen, those days with Bamba 20, you have to be done with the call in 20 seconds. “Hellen hi” I said. “Hi Mercy” she responded. “I tell you something?” I asked. Her response sent me into a craze. She said, “Patrick has proposed to you?” Weh! Another one on fire for God. I then asked her why she had said that. She told me she had no reason and that she was sorry for saying it like that. She knew Patrick was like a brother to me. If your net-worth is based on your network, then your strength in your walk with God is based on the inner circle of friends around you.

All that was digression, the point is, on Friday 23rd April 2010, two days after Patrick asked me to marry him, I said yes. I told him in my heart I was clear on what God wanted for me but my head needed to catch up. Later when I read from my notebook where I wrote random things during my prayer time, Patrick fitted the bill perfectly. And as a sign from God about His potential seed in Patrick, when Edith came back from maternity leave, Patrick had run CLC Kenya so well, the board promoted him to deputy General Manager and to close the argument in my mind, started earning more than I was. No one in CLC Kenya knew of the proposal at this point – not until later in October 2010.

Ten years later, I can clearly see what a compensation Patrick was and is. A very mature man in his walk with God – he steers our family and ministry in God’s will. He is so patient, mature (did I just repeat that? That’s my overall best trait of him), a good husband, a great father, and has been my boss at CLC Kenya up until 2019. And even now, he allows me to (seemingly) lead but he is the engine of my success. Our first born daughter Adnah McKenna and I call him our think tank. He won’t want to appear on a poster, or do speaking engagements, or do presentations but all CLC Kenya is, is his brain child. People confuse my loudness for leadership vis a vis his quietness.

#Lesson101 God’s simplest plans for you are far more superior than your most sophisticated plans for yourself.

#Lesson102 You cannot out-love God even in loving yourself. God’s love is perfect for you and desires the best for you. He can see 10 years from now even to the end of your life. Trust Him to bring you His best for you.

#Lesson103 Marriage has little to do with outward appearances. Those ones change over time. Look out for inward character and beauty – those ones will save you heartache later in life.

#Lesson105 Your spouse should be your bestie, coming immediately after God. Then your kids followed by everyone else after that.

#Bonus (borrowed from my husband’s WhatsApp profile picture) Never assume that loud is strong and silence is weak.

#Singlestip Don’t keep a brother waiting too long. Set him free from his anxious wait. Whether it’s a yes or no, say it and move on.

Did I mention that I have saved him in my phone as “Redemption”? Every time he calls me I am reminded of God’s redeeming love through Christ through my husband. I had backslidden through my campus years and I did not see how I could get back to a deep place with God. He used and keeps using my husband…

Is It Possible to Get Back On Our Feet After These Circumstances?

Stand, After You Have Done All to Stand… 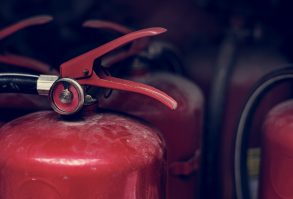