WHAT ARE THE STEPS OF COPYRIGHTING YOUR BOOKS IN KENYA? … Read More

How to Write a Book’s Blurb

According to merriam-webster, the word blurb was coined by American humorist Gelett Burgess, as attested by American scholar Brander Matthews in September 24, 1922, New York Times article about blurbs: “Now and again in these columns,” he writes, “I have had occasion to employ the word ‘blurb,’ a colourful and illuminating neologism which we owe to the verbal inventiveness of Mr. Gelett Burgess.” The time was 1907, and the place was an annual dinner of the American Booksellers’ Association, at which Burgess was one of the honoured guests. It was a custom at these dinners for the guest authors to present to … Read More 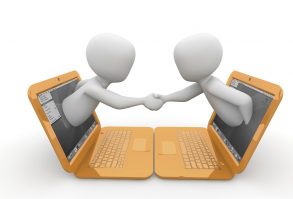 How to Write a Book’s Conclusion Chapter

Congratulations on getting to the end of your book writing. If your readers are in the conclusion chapter, it also means they read the whole book, they liked it, and now they want you to wrap it up. So don’t do rash it. Give them what they want. … Read More 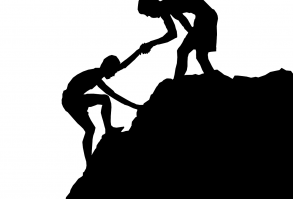 How to Write a Book’s Foreword

foreword is a (usually short) piece of writing placed at the beginning of a book or other piece of literature. … Read More How to Write a Book Dedication

A book dedication is a way for you, the author to bestow a high honor on a person (or a group of people) you wish to praise or otherwise spotlight. … Read More

Before you part with your manuscript, you need to edit, revise and proofread it. It is worth noticing the distinction between these three terms; while revising and editing may involve changes of structure, format and contents, and implementing the changes you have made, and proofreading is concerned with correcting mistakes related to, for instance, spelling and punctuation. … Read More

This brings me to the debate on why Western writers seemingly produce better quality books than local (African) writers? I start with defining who is a local writer? Who is your audience? Who is an international writer? Who is the international audience and what are the determinants of a book's success in the market? … Read More An elevator pitch is a term given to any sales pitch that could, in theory, be delivered in the space of a short elevator ride. It is a fantasy scenario as you are never likely to be called to pitch your book in this way.   However, the idea is that you might find yourself in the elevator with a Person of Interest who can’t, for those twenty or thirty seconds, escape or deflect your attention – so you can use that time to deliver a sales pitch so utterly compelling that that Person of Interest is drawn in and … Read More The marathon is a long-distance race with an official distance of 42.195 kilometers (approximately 26 miles 385 yards), usually run as a road race. The first-ever marathon that was officially organized was held during the Athens Olympics in 1896. However, the original race is surrounded by legend that dates all the way back to 490 BC. According to legend, the Greek messenger Pheidippides had to run from the battlefield in Marathon all the way to Athens to announce the defeat of the Persians.   The distance of this epic run was 25 miles and according to legend, as soon as … Read More The first two weeks of a writing class (or any other class) are the most critical in a writer’s book writing journey. This is the time to test your commitment to your newly set goals. Like any other goal, you will be tested one too many times to quit and maybe try another time. There isn’t really a better time to achieve your goals other than now. The challenges you are encountering today will probably be there tomorrow or other complex ones might crop up in the future. The future might be a better time anyway, but who knows. It’s … Read More How to Write an Author’s Bio

Having an appropriate bio as an author sends the right message to your readers and potential readers. The bio is the first introduction a reader has on you. People are looking for reasons why they should spend their time reading what you have written. You need to instill confidence in your readers that you are knowledgeable on the subject matter.   1. The first step is for you to identify your purpose and audience. This is important because it shapes the ‘how to’ write the bio. This includes your tone, language, and levels of formality. A bio can be funny, … Read More How to Write a Book Introduction

Books often start with an introduction before getting into the detailed chapters of the book. This introductory chapter is usually between one to three pages long, and is meant to provide information on what the book is going to be about. It gives background information, talks about why the book is important and gives an overview of the contents. … Read More Why are we writing? There are so many available writing classes for potential writers. The need to belong to a writing group ranges from one person to another. However, as Christian writers, our core should not be what or to whom we are writing. The foundational principle is that we are writing as a form of worship to God and service to the men and women that God has called us to.   We have to rely on the inspiration of the Holy Spirit to ensure that our message is based on what He wants our readers to hear according … Read More Why a Group Writing Mentorship Class?

Writing your book is a critical step towards getting published. Writing is the best way to share an idea or story that matters to you, while at the same time impacting the life of someone else. A simple book that you actually get to write is better than an awesome one that you dream of writing and is still in your head. Most people have a dream of writing a book but never realize it. This is why we are here today, now! To make sure that the book makes it out of your head into your word processor.   … Read More