Luke 24: 13-52 This is a story about how Jesus appeared to two of His disciples on their way to Emmaus after His resurrection. As they were walking and talking along the road, their eyes were closed so they did not know Him.

And He said to them, “What words are these that you have with one another as you walk, and are so sad?”

And one of them, whose name was Cleopas, answered and said to Him, “Are you only a stranger in Jerusalem and have not known the things which have occurred there in these days?”

And He said to them, “What things?”

And they said to Him, “The things concerning Jesus of Nazareth, who was a man, a prophet, mighty in deed and word before God and all the people” (vs 17-19).

They were busy trying to explain to Jesus about Jesus! They were blinded to His new reality. The risen Christ. “Have you not heard the things concerning Jesus of Nazareth? He was a man, He was a prophet, mighty in deed and word (before God first then before the people).”

As I read this, I tried to imagine the conversation that ensued between these disciples and Jesus. Jesus could have chosen to appear to the more well-known disciples like Peter or John but He chose to appear to Cleopas and another disciple – whose name is not even mentioned.

In the same way, Jesus has chosen to appear and reveal Himself to you as an author.

“Before I formed you in the belly I knew you; and before you came forth out of the womb I consecrated you, and I ordained you a prophet to the nations.” (Jeremiah 1:5)

You were already chosen by Him, consecrated and ordained for the assignment at hand. Your purpose was already locked in you before you were born, inclusive of the books that you are to write.

Through your books, you prophesy and bring healing, salvation, and restoration to the nations. You might not be a renowned author (yet) but continue walking with Christ.

The conversation on the road to Emmaus went on for a while as they walked together, Jesus sharing the Scriptures with them. Jesus was speaking to them of how Moses and the prophets spoke about Him ; yet as he spoke their eyes were still blinded to the new man speaking. The risen Christ.  They had not yet encountered this New Jesus. Their minds were still acclimatized to the old Jesus they knew in the flesh.

Many are the times we find ourselves in the shoes of these two disciples, walking with Christ, Him sharing the Scriptures with us yet not encounter him. His desire is that we may know Him in the Spirit.

Let’s looks at what happens with the disciples in vs 28-31.

And they drew near the village where they were going. And He appeared to be going further. But they constrained Him, saying, “Stay with us, for it is toward evening and the day is far spent.” And He went in to stay with them. And it happened as He reclined with them, taking the loaf, He blessed it, and breaking it, He gave to them. And their eyes were opened, and they knew Him.

All this time they were walking with Him they knew Him not until He revealed Himself to them through the breaking of the bread, and their eyes were opened.

Now you and I are disciples of Christ, witnesses of His presence within us, yet we need that last push for Him to reveal Himself to us through the breaking of the bread. Unless Christ himself opens our eyes to His true reality, then we can easily find ourselves writing about Christ yet men don’t get to experience Him because we have lacked an encounter with Him.

Sometimes all He is asking of you, is to recline at the table with Him and break bread together, that your eyes may be opened to see Him, encounter Him and thus write all that is in His heart concerning Him and His Kingdom.

As our eyes are opened, we will indeed exclaim like the disciples, “The Lord has indeed risen and has appeared to me. He truly dwells in my heart.”

Likewise, through our books, there will be repentance and remission of sins that will be proclaimed in His name. The lives of men will be transformed and His Word will spread out among all nations (the knowledge of His glory shall fill the earth as the waters cover the sea).

And this is how that story climaxed.

And He led them out as far as Bethany. And lifting up His hands, He blessed them. And it happened as He blessed them, He withdrew from them and was carried up into Heaven. And worshiping Him, they returned to Jerusalem with great joy.

An encounter with Christ not only attracts blessings our way but gives us great joy. My prayer for all authors is that through the breaking of the bread, you shall encounter Christ and become a witness for Him through your book(s).

ABOUT THE CONTRIBUTOR, SYLVIA OMONDI

Sylvia Omondi is a graduate of the Kingdom Academy Bible school. She has a passion to see the Bride of Christ (the Church) walk in her divine identity, purpose and in the full expression of God’s love. She ministers with a prophetic grace, and is also an accomplished fashion designer of Bridal wear. She is a wife, a mother, and a co-founder of Kingdom Fashion, together with her husband David Omondi.

Kingdom Fashion is an organization that equips kingdom fashion designers to do fashion like God. 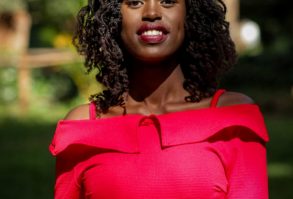 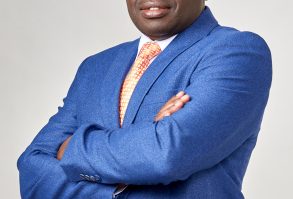