King Josiah had been king for eighteen years. Things were smooth & well. From the beginning, everyone, even the Scribes & Chroniclers could see that this guy was walking in the ways of his (fore)father David. (By the way, that statement was the biggest commendation a king of Israel could get at that time. That is, for it to be observed & said that one is exemplifying the principles aka ways of the greatest king the nation ever had.)

King Josiah even began repairing the temple (of Solomon) which was more than three hundred years old at the time. Legacy projects. No wars. Good times. And then boom! An old book was discovered by a priest overseeing the repair works, and it changed everything. It spurred a revolution that crossed Judah’s borders, fulfilling old prophecies in its wake.

A King & a nation at peace. Provoked into revolution.
By an old dusty book.
Discovered by repairmen.

The book you are writing or have written may not look as powerful to you at the moment. But it could be the embers that a person or a nation will need one day. It may not have much impact on its first readers & reviewers.
When Moses wrote the Torah, the Israelites with him didn’t give a hoot about it. But much later, David & even later, King Josiah used it to affect national agenda & trajectory.

Therefore, push on, write and publish that book confidently. Then write another if you may. A fundi (carpenter) might discover it one day in an old building. He might give it to his bosses. And a nation might be changed forever. You never know.

Write and publish that book!

When I read this exhortation from Pastor Kabuya, I am reminded of the Scripture in Habakkuk 2:2-3, write down the vision, make it plain upon tables (books in our time) that he may run that reads it. For it is for an appointed time but at the end it shall speak. Though it takes long, just wait for it, it will surely come to pass.

Our part is to write and publish books and doing it well and to the best of our abilities. God’s part is to cause a great impact through those books (and at His appointed time). This does not negate the part where we have to write well, publish well and market well. But after we have done all to stand, then we stand and watch God do His wonders for us.

Experienced & eclectic leader with a demonstrated history of working in a wide range of fields, Kabuya has an edge in the professional training & coaching industry. He is a passionate supporter of pioneers in Entrepreneurship & Social Organizations.

He is skilled in Film Direction, Stage Direction, Business Coaching, System Monitoring, and Literature Reviews. He has been a pioneering pastor, teacher, community leader, and business person for the last twenty years. A certified growth & leadership coach with Lifeforming Leadership Coaching, he has a passion for emerging leaders and for ethical organizational development. Kabuya speaks passionately on these & relating matters, both in Kenya and in other nations. He leads Covenant Centre, a confluence of human development initiatives. He resides in Nairobi, Kenya with his wife and their three children.

The Future of Books – eBooks 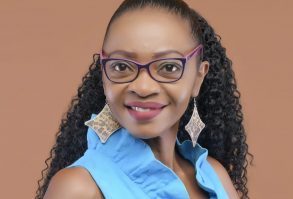 Are You Sitting In the Waiting Room of the Future? (By Joy Juma)