At the mention of the term “single mother” most people see a mess. There is an image that the society has painted about single mothers. I happened to experience the harsh judgement that comes with careless teenage sex firsthand. I became a single mother 5 days to my 19th birthday. I was shunned by family and friends. It was one of the most horrifying experiences I had as a teenager. I had no manual on how to raise a child. I was still young and naïve. I still wanted to “enjoy” teenage sex for longer, but I couldn’t. Fortunately, nature has a way of teaching us. What many people may think was a disadvantage, I took it as an opportunity to mature earlier and become a mother to my daughter. I had a choice to make; either continue licking my wounds and feeling sorry about myself or grow up and raise the baby that I brought to the world. I had no idea where to start but I knew somehow, I had to start somewhere. I had no college education, the only thing I knew how to do was house chores.

When my daughter was 2 years old, I moved from my then hometown Nakuru to the capital city Nairobi. I looked for a job as house help. God was watching over me, he connected me with a very good family that had only one child. I did not care about any luxury or expensive cosmetics like girls of my age. All that was stripped from me by being a single mother. My priority was making sure my child had clothing and food. I saved enough money for a beauty college down payment. I talked to my employers to allow me to go to the college part time since it was only 15 minutes away from their home. God gave me favor with them, they paid for the rest of my college, they were my guardian angels. When I was done with college, I got a job and was earning enough to pay for house-help to take care of my daughter while I was at work.

I was born and raised in a Roman Catholic family. I knew that there was something more out there in the spiritual realm for me. In 2009, I decided to join a school of ministry where I first met the author of this book Mercy. We become friends and neighbors. We had a lot in common, our daughters became friends. We had a weekly fellowship at her apartment. I must say that living for God as a single mother was not a walk in the park. There were so many temptations to just want to give up on God and go back to the canal living. The lust of flesh does not leave you just because you are born again Christian. It is a conscious decision you make every single day to do the right thing. You choose to do the right thing for your child. There are many nights I went to bed alone and I had very strong desires to have a man by my side. It is in those nights that I learnt that God will allow temptations to come our way even as Christians, not because he wants us to fail but I strongly believe it is for these 3 reasons:

I was not holier than every single mother that I knew, but one thing I know, I got to a point where I totally depended on God to send me the right man. Not just a man that could be a husband but a man that was ready to be a father to my daughter. One thing I remember from my many conversations with God, he told me he needed me to be ready in every single way. Think like a family woman and act like one. He was not going to bring me the man I desired with me not being ready. As crazy as it sounds marriage is quid pro quo! It is 100/100. I had to be the woman any single man would desire to marry.

I met my husband through a mutual friend. The moment I saw him, I knew he was the one for me. It took us 5 years of long-distance courtship, with a lot of God’s grace. We eventually got married in the 6th year. We have 2 kids together; he adopted my daughter and loves her just as his own. The content in this book speaks so much to my life. No matter where you are today, a newly single mother, or a single mother for many years, just know that there is a place for you in your father’s house.

If you desire to meet a man someday, don’t despair, there is a man out there being prepared for you. You need to be ready and do your part in readiness. Today not only am I happily married, but I am in 3rd year of a 4-year program to become a Registered Nurse. I have always wanted to be a Nurse since my childhood. In his timing, he makes all things beautiful. Your today may seem too dark to be illuminated, you may feel too broken to get up on your feet again, but I am a living testimony, you are going through what you are going through to become someone else’s platform tomorrow.

Introduction to Back On My Feet 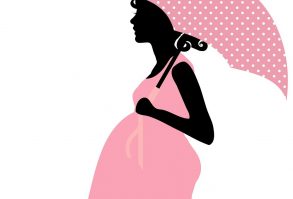